*NEW* ORDER BEFORE 11:00AM FOR NEXT DAY DELIVERY OR CLICK & COLLECT Dismiss 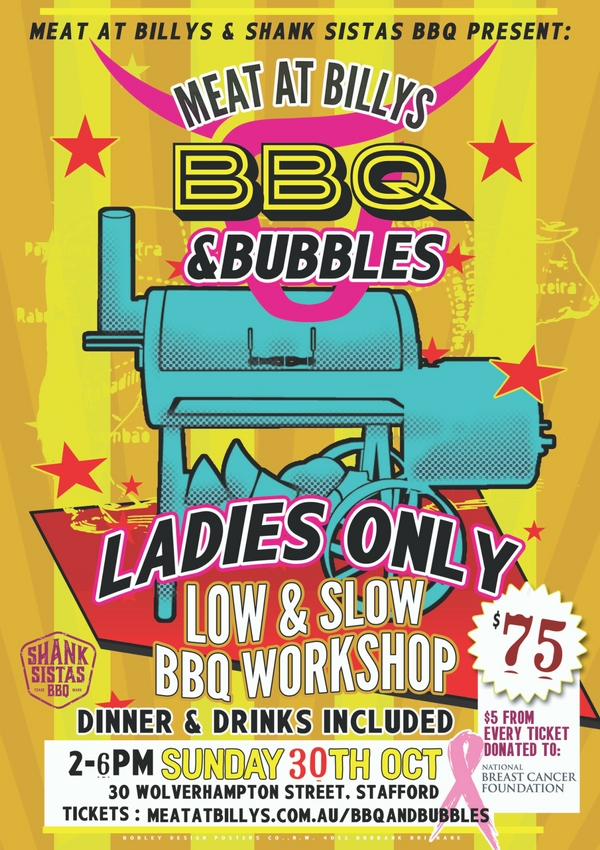 Meat at Billy’s is proud to announce Australia’s first, female only, Low and Slow BBQ workshop on Sunday 30th October 2016.

It’s a chance for the females to show they can get just as down and dirty as their male counterparts.

The Low and Slow BBQ scene is indisputably male dominated. Classes, workshops, get togethers and competitions – it’s all brews, beers and beards. But what about the girls?  We know they’re out there because they’ve told us.

By providing a female only environment, we’re hoping to encourage and inspire any ladies out there who are keen to learn, yet don’t fancy the idea of spending an afternoon in a class with 100 men (even if they are some of Brisbane’s best looking butchers).

Hosted by Shank Sistas BBQ – the country’s first, all female BBQ competition team – this class will cover everything from the basics of getting started, through woods, rubs, cuts & competition BBQ.