3 WAYS TO GLAZE YOUR CHRISTMAS HAM

Billy & his mates from Picklehead Pickles & Blend Smoked Honey have teamed up to give us 3 different ham glaze recipes to get you inspired for Christmas Day. There’s something to be said for a glazed ham. Those caramelised dark, almost burnt bits are so delicious. If you have a ham glaze recipe that is so awesome you want to share it with us, please send them through to info@meatatbillys.com.au

Here’s a quick video from the #2baldbutchers with some tips on how to perfectly prep your ham for glazing. 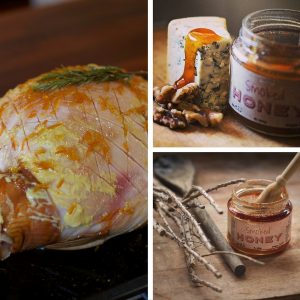 Meanwhile carefully remove the outer skin layer of ham leaving the white layer of fat underneath. 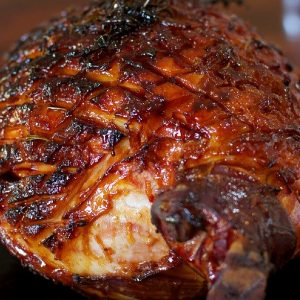 Remember the ham is already cooked (cured & smoked) so you’re just glazing it to add an extra depth of flavour.

In the fat layer score a criss/cross pattern and rub in the mustard, marmalade and rosemary. Mix the other ingredients in a small bowl and gently spoon over the ham before popping into the oven.

Cook for approximately 50-60mins whilst basting the ham every 10 mins with the glaze and juices in the bottom of the pan. If the glaze is getting too ‘sticky’ (which happens when the moisture is evaporated) just add a touch of water to thin it out very slightly. In the last 5 minutes of cooking baste one last time and give the ham a quick blast at 190-200C.

Keep an eye on it as it can burn quickly at this stage. The gentle smokey flavour of the honey, offset with mustard and the other ingredients add a sublime level to the humble Xmas baked ham. 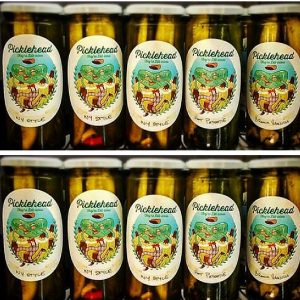 RECIPE
Preheat oven to 160C.
Score the ham with perpendicular slices along the fat. 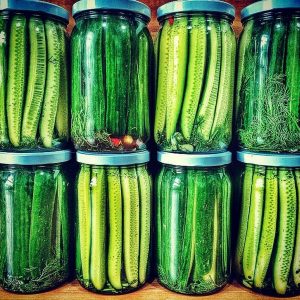 Place ham into the oven for about an hour and a half, then begin glazing.
While ham is cooking, blend all other ingredients in the food processor until smooth.
Place in saucepan & bring to a simmer, stirring often and cook for 5 minutes.
Remove from heat.
Remove ham from oven & brush about 1/3 of the glaze onto the scored ham.
Ham goes back into the oven, and repeat every 20 minutes until the glaze is gone. Finally cook the last 20 minutes.
Then slice it up nice and thick!

The glaze has a nice sweet honey mustard flavor with just the right hit of pickle. I had this with some grilled asparagus and simple garlic mashed potatoes. 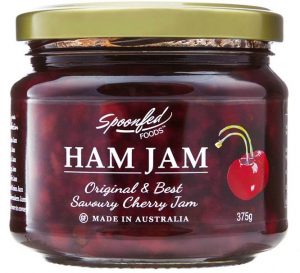 BILLY FROM MEAT AT BILLY’S

Mix the ham jam & lemon juice together & set aside. Prep your ham for glazing by removing the rind and scoring the fat.
Place your ham in a roasting dish & using a basting brush, brush the ham with some the ham jam. Make sure you get some of the whole sour cherries sticking to the top of the ham. Add 1 or 2 cups of water to the base of the roasting dish.
Bake at 160 degrees for 1-2 hours depending on the size of your ham.
A 5kg ham will take approx 1.5 hours. A 10kg ham about 2 hours. 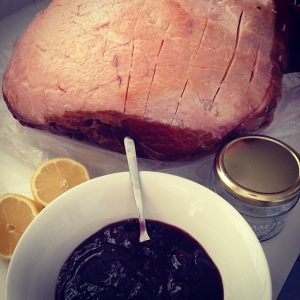 Brush more glaze on every 25 minutes and keep minimum 1 cup of water in the roasting dish at all times.

*Remember – the ham is already cooked, you’re simply warming it through and baking the glaze.